I have been giving guitar lessons for more than 10 years now and over the years, I have noticed certain traits that make people successful with the guitar.  By success, I don’t mean how many followers one has on Instagram. Success on social media can often be misleading as I know many musicians who are at best average with thousands of followers. And similarly on the other spectrum, many extremely talented musicians getting less than the social media exposure they deserve. By success, in this context, I purely mean the raw skills and musical talents one has in her/his repertoire.

Following are the five tips I have for all the guitarists out there as I have noticed people with these traits tend to improve much faster.

I can’t stress this enough. In fact this alone can make up the first three of five tips that one needs to follow. Playing fast from set go never really gives those delicate muscles of the fingers to build the motor skills accurately.  The result is inadequate control and sloppy skills. The slower you are to play something, the more you are  forced to pay attention to the minute details, more strain on the finger muscles. This also forces one to work extra hard to stay on time and build a good sense of rhythm.

2. Make your whole body a metronome:

Practising slow leads to the next important feature of a good practice, which goes contrary to what most people would say but I beg to differ on this. And that is, don’t use a metronome when you are practising. At least not during the early stages of learning guitar. Rather work to create an inbuilt metronome. And the only way to do that is to feel the rhythm, not just listening to the clicks of a perfectly timed metronome. What you need to do is tap your foot and play, or move your body, bob your head, something to feel the music and the rhythm. A metronome doesn’t allow that to happen. Surely metronome has its place in practice and a very helpful tool but I have seen people who work to build this habit of feeling the rhythm improve a lot faster than people who don’t.

3. How long you have been playing guitar means very little:

4. Get a guitar teacher:

Yes there are tons of online materials, online guitar courses and much more and they do help. One can certainly learn how to play from those sources and they are often very cheap and some are completely free. Saying that, if you can afford the lessons, there is nothing better than having face to face lessons with a qualified guitar teacher. The premium price one pays for private guitar lessons also yields premium results. Every accomplished guitar player out there had a mentor, a guide who helped them become who they are. Even the ones who claim to be self taught actually received adequate guidance from someone experienced and skilled. You don’t see a world class athlete without a coach, same applies in music. What makes a good guitar teacher is another discussion but a good guitar teacher can offer you a time machine, take your playing and skills years ahead than it would be without a teacher.

There is this famous quote of Bruce Lee “I don’t fear a man who practised 10,000 kicks once, rather fear the man who practised one kick 10,000 times”. The same applies for guitar. You need to practice the same thing over and over for countless number of times. It will get boring, often the exercises are discordant and got no melody in it, yet one needs to sit down and keep repeating that same thing  day after day, month after month and year after year. If one quickly gets bored repeating the same thing and constantly in the need to play something new, will most likely end up lacking the skills to put up a good performance. Patience during the early stage of learning yields so much more benefit at the later stage as learning new songs become way easier.

The key of G and E minor 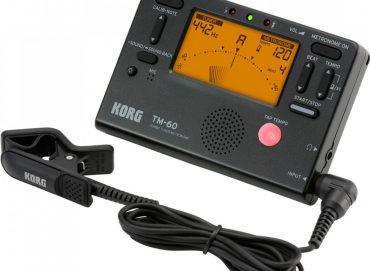 Do not use a metronome when you are practising guitar 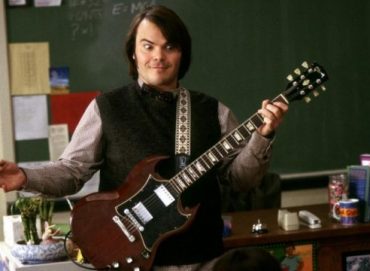 Do I need to take lessons from an experienced guitar teacher to learn how to play?

Playing in bands can slowdown your growth as a guitar player